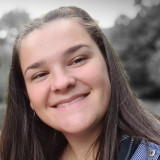 A group of 3 aliens are travelling through space in their ship when they are tasked with a new mission. The mission is to use materials they have found from earth to be able to go unnoticed and learn more about humans. They come across an old tape which has multiple television programs recorded onto it, as well as other items floating in space. They spend the next few weeks studying the film and practicing the action. They also decide to make costumes based on what they saw on the tape. When it comes to the time of coming to earth, the aliens begin acting exactly as they had practiced, which is clearly outdated and strange at this point, which means they stand out, which was the opposite of their intentions. Because of their strange behaviour, they end up being photographed and videoed and they become internet sensations which their commander is watching from space, very disappointedly, as they had completely failed their mission.